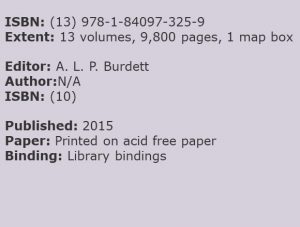 RESUMÉ
These nine thousand pages of facsimile documents trace early insurgencies directed bythe Kurdish people against regional and metropolitan powers, and their interrelations with neighbouring tribes and other ethnic groups at historical flash points, from the origins of nationalist sentiments through a series of disparate revolts in the nineteenth century, and then on to a larger, more cohesive and discernible nationalist movement launched in the aftermath of World War I. They concomitantly depict the extent of territories pertaining to the Kurdish ‘homeland’, the use of the term ‘Kurdistan’ generally refers to an agreed geographical area, not to a legal or political entity.

Kurdish populated territory evolved over the nineteenth and twentieth centuries, with some regions becoming entrenched, others subject to constant flux. The map box provides illustrations of the changing territory, or those sections subject to alterations and contestation.

In this case an historical overview has been provided by guest contributors in their Historical Introduction, below.

Records of the Kurds: Territory, Revolt and Nationalism,1831–۱۹۷۹offers an exhaustive account of Kurdistan’s geography in one of the most extensive documentary collections published to date. The collection includes extensive information on Kurdistan’s mountain passes and pastures; its forts, hamlets,villages, and small and large towns; its natural resources, such as water, oil,and items of trade; its roads, gorges, peaks, ridges, defiles, bridges, valleys, plains, deserts, marshes, and the like. Even the region’s geological, botanical, and zoological specimen are painstakingly catalogued.

This collectionprovides many highly valuable documents from the period, including those written by prominent Kurdish personalities and organizations, showing inparticular detail how the war and post-war world affected the identity and political allegiance of the people of Kurdistan. One of the other key aspects of the set is the insight it provides into the social and political developments in Kurdistan over an extended historical period. It charts the tensions amongst the Kurdish community as well as their interactions with neighbouring communities and their often-uneasy relationships with various states and their representatives. The collection also constitutes an extremely important record of the gradual growth and development of the Kurdish movement over the course of the nineteenth and twentieth centuries.

The Kurdish ‘problem’, as it has often been labelled, has been a historiographical issue as well. The limited study of the area, often prevented by the pressures of regional states, however, is fast changing, and The Records of the Kurds,as the most extensive documentary source to be published so far, will only strengthen this trend and provide scholars from around the world with direct access to these extremely informative British documents.

All relevant documents which could betraced from the surviving records of the Government of India at the British Library, as well as the records of the Foreign Office, War Office, IndiaOffice, Colonial Office and Cabinet at the National Archives pertaining to Kurds or to Kurdistan as a regional entity for the period have been sourced and included, with the exception of duplicates and draft documents.

Volume 2 (1856-1878)
• Traces the impact of administrative changes set out by the Ottoman government and an increased international interest, which followed the Treaty of Paris 1856, in the Kurds and Kurdistan

• Swell in Kurdish activism with a significant revolt taking place in Van in 1856, with another being led by Bedr Khan in 1858-59

• Unrest accelerated from 1876, initially over the Kurdish resistance to conscriptioninto the Ottoman army, and by 1878 parts of the region, notably around Kharput,were said to be verging on the state of anarchy

Volume 3 (1879-1899)
• Astate of chaos prevailed in Van vilayetat the start of 1879. By August the Kurds of Hakkiari were in a state of open revolt with Shaikh Abeydullah as their leader

• While increased military activity and tensions on the Perso-Turkish border in 1881caused hardship for and resentment among Kurds trying to cross the frontier, 100,000 Kurdish families nonetheless reportedly fled Persia for Turkish territory

• A state of turbulence continued from 1883-1887, leading to virtual autonomy insome regions, including Hekkiari. This was ended by an Ottoman expedition in1890 with the specific aim of repressing the Kurds

• Revolts at Moush in 1910, Khuyt in 1911, and under the leader Simko (who became active from 1913), all with the goal of seeking Kurdish autonomy from the Committee of Union and Progress

• Outbreak of World War One

Volume 5 (1914-1920)
• A special mission under Major E Noel was sent to approach Shaikh Mahmoud to represent British interests in Suleimaniya. Shaikh Mahmoud was initially made governor, albeit with limited powers, but by 1919 had turned on the British and had become the leader of a series of revolts.

• The Cabinet in November 1919 cited policy as being aimed at “setting up a ring of autonomous Kurdish states around the border of the Arab vilayet of Mosul”. Instark contrast to this, a policy was then adopted in January 1920 to not file amandate for Kurdistan, while also not permitting its restoration to Turkey, nor supporting its partition. In addition, Lord Curzon at the San Remo conference of April 1920 had begun expressing doubts about the direction for Kurdistan

Volume 6 (1921-1926)
• The diplomatic failure of the Allies to sufficiently advance the provision for a Kurdish state set off a chain of revolts in areas of the former vilayet of Kurdistan beginning with Simko’s campaign.

• Allied reversal of the agreement of 1923, reached at the Lausanne Conference, dashes the diplomatic creation of a Kurdish respecting the Kemalist government

• Major revolts continued to erupt, notably in 1925 in the form of the Shaikh Said rebellion, and again with the Dersim revolt in Turkey which led to martial law being declared.

• The attitude and policy of the Kemalist government was now impacting on the Kurds,the policy involved plans for mass deportations along with a campaign of repressionof nationalist activities from July-December 1927

• Mass meetings of Kurds and plans for a major anti-Arab revolt in Iraq, 1931.

• The Khoybun Revolt took place over the period 1929-31, leading to attempts to define the boundaries of Kurdistan in 1931-32

• A Kurdish revolt occurred in Persia in December 1941, supported by Assyrian and Chaldean factions, leading to full military engagement with Iranian forces, and ultimately a Kurdish defeat in January 1942.

• Unrest among Kurds in the autumn of 1942 led to Iranian military operations and surveillance in northern Kurdistan.

• Various incidents involving Kurds, such as an attack on Mazlu village, suggested they would not undertake attacks if Russians offered any resistance. The frontier situation from August 1943 points to a lack of control, allowing for subsequent incursions and cross-border raids by Kurds

Volume 10 (1945-1950)
• From 1945, the Iraqi Kurdish situation had become focused on the activities of Mullah Mustapha. A report from Capt. Stokes, the Political Adviser at Erbil, referred to “the confederacyof Barzan” as an “autonomous Kurdistan” established by Mullah Mustafa

• Tours of the region by British officials in late 1945, aimed at assess the interaction between local officials and Mullah Mustafa.

• This period also saw the formation of political protest parties, the ”Kurdish Democratic Party” dates from 1946 for example.

• Temporary creation of “The autonomous Republic of Azerbaijan” in the western Azerbaijan area of Mahabad,1946. Mahabad continued to be a focal point the nationalist movement, at least until 1949.

• The Shah launches an attack against the Juamri Kurds 1956

• Iranian assistance was offered to Iraqi Kurds in 1963

• Negotiationsin 1964 for a ceasefire among the Iraqi Kurds proved unfruitful and gave way to renewed fighting in 1965.

Volume 12 (1966-1979)
• The period begins with a strategic conference in Iraq which planned to remove Kurdsfrom all oil-bearing areas in 1966, this was at a time when HMG had effectively declared neutrality on the (Iraq) Kurdish question

• Over 400,000 Kurds were expelled by the government of Iraq over 1970-76, despite the terms of the 1970 “settlement” negotiated with the Government and accepted by Mullah Mustapha.

• Growing tensions between Kurds and government of Iraq were evident in 1973, and an ultimatum was given to the KDP by Saddam Hussein in March 1974

• Iraqi Kurdish refugees in Iran and their forcible re-settlement from 1976-1977affected wider relations between Britain, Iran and Iraq

• The Pahlevi regime in February 1979, labelled the KDPas “counter-revolutionary” following the setting up of KDP HQ at Mahabad – their first revolt since 1949 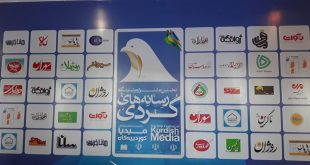 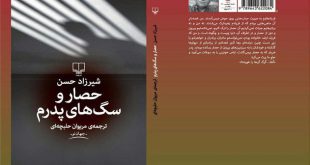 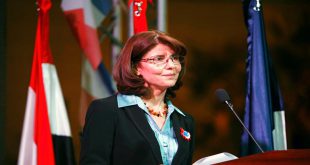 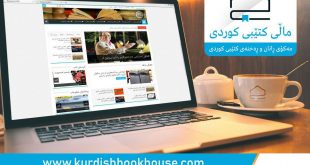